Ambassadors are lightsaber enthousiast or fighter who love and carry EW brand on the fields. Follow them on their social networks and ours to find content on their activities, our products and promotions. 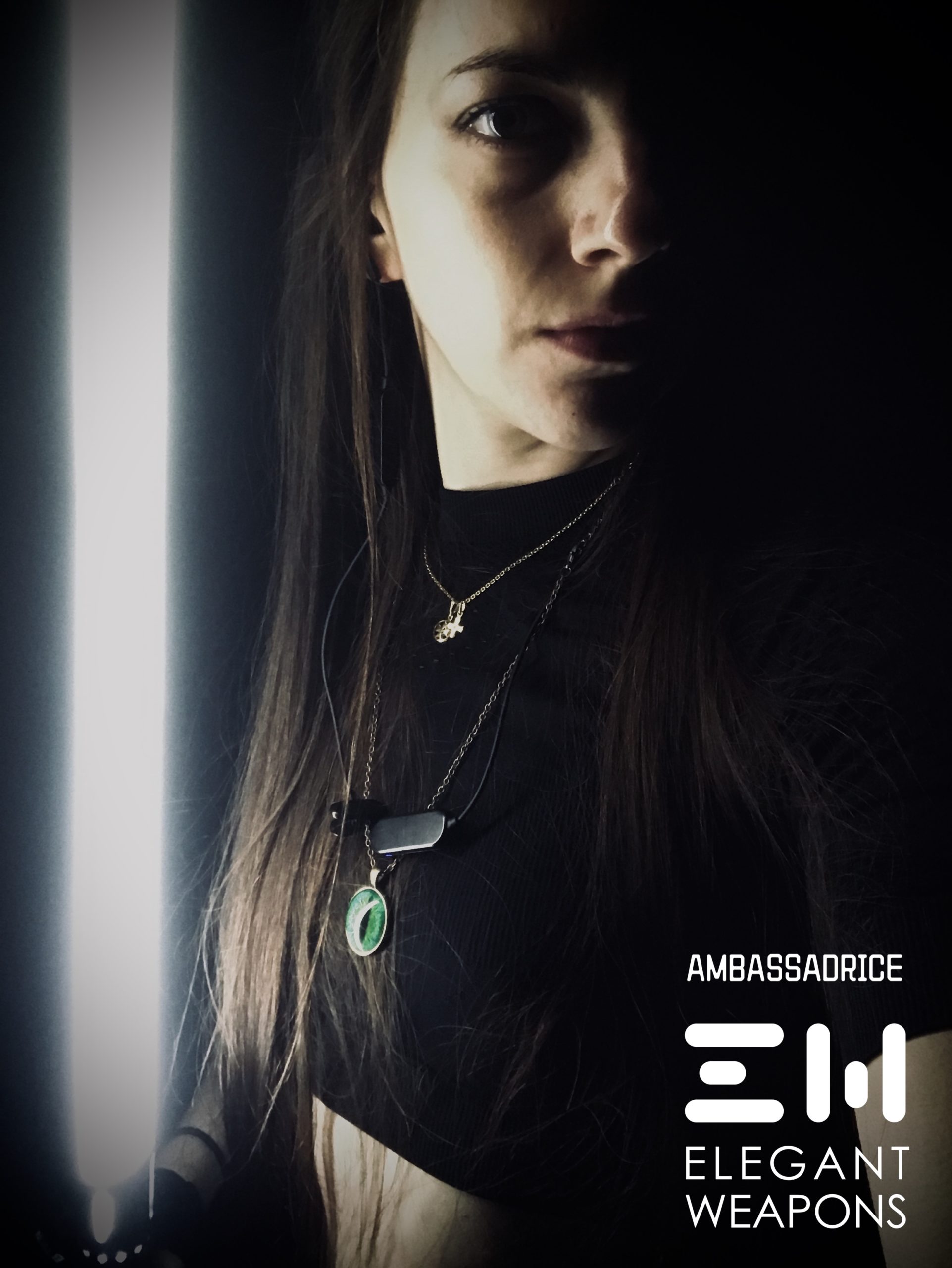 Céline Marie Mercier alias Anxifera comes from the North-East of France and starts to practise lightsaber in 2018, in the year in which the French Fencing Federation recognizes it as an official sport. After one season at the Lightsaber Academy of Lyon, she joins the Force Academy in Metz. She trains in sparring mainly.

In February 2020, she participates in the first competitive tournament of the Grand Est region organised by the fighters of Nancy. She finishes on the podium, bronze medaillist, after ranking second ex aequo with another woman combatant in the group stage.

Her first saber Elegant Weapons is a black PDWN with a white led, like Ahsoka Tano’s white blades. Her customised sporting equipment is based on the character. You will recognise her thanks to the Togruta’s facial tattoos painted on her protection mask.

Since October 2020, she lives in Krakow for a long-term volunteering that lasts twelve months. Among other activities, she aims to popularise lightsaber combat as a sport practise in Poland.

You won’t find stronger lightsabers than the Elegant Weapons. All fighters agree on that, the quality of their products needs no further proof. I appreciate that the brand makes a point of calibrating their weapons for sparring, since it’s my favourite discipline. The brightness of my PDWN is unprecedented and ideal to unsettle my opponents !
I don’t know one Led Saber Academy that is not provided by Elegant Weapons or one fighter that is not satisfied with their products. Lightsaber is a sport growing with strength and ambition in France, in a regulated framework and with federal trainings. At the same time, the French manufacture of lightsabers has to stand out from the market. The French quality of Elegant Weapons must be made known to the whole world.